At the end of 2017 there were over 68.5 million forcibly displaced people around the world, the highest number ever recorded (UNHCR, 2019). The number of newly displaced people in 2017 alone was 16.2 million, which is the equivalent of 44,400 new displacements every single day. Over 25.4 million registered refugees were among those displaced, and of these just 102,800 were admitted to third countries for permanent resettlement. Historically the United States has been the largest resettlement country in the world: since 1975 the U.S. has resettled more than 3 million refugees. Refugees in the U.S. are entitled to an array of federal, state, and local supports that other immigrants must do without. At the same time, refugees in the U.S. are arguably subject to greater scrutiny and systems of social control than most other un-incarcerated domestic populations. However, the terrain of U.S. refugee resettlement has shifted dramatically as a result of the Executive Orders introduced by the Trump Administration. This course asks the central questions: How is refugee status constructed as a political process; what are the interrelationships between institutional actors and refugee policies and what are the implications of these interralationships for service delivery to refugees in the U.S.; what does research tell us about the resettlement outcomes of refugees in the U.S. and what drives these outcomes; and finally, what are the points of intervention for social workers in the refugee resettlement process? We will address these questions by detangling the web of international and domestic policies that relate to the refugees' political identity, and then we will focus in on the U.S. system of resettlement. We will analyze the structure of resettlement policy and explore its implications for social work practice with this population with special attention to issues such as integration, employment, mental health, and conditions for children and youth. As we move through the material of the course we will contend with the reframing of the refugee identity that is leveraged by the Trump Administration in support of ever more restrictive immigration policies. We will also work to hold the inherent tension that can result from a dual focus on macro level issues of scale and policy and micro level issues related to the lived experience of human beings.

Professors and Lecturers Who Teach This Course 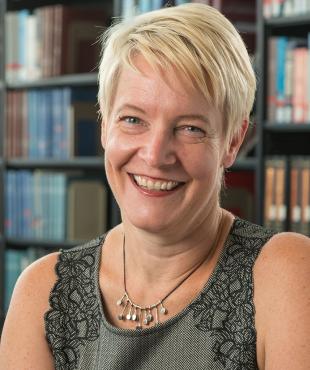 Note: Courses are subject to change at any time. Please check MyCrownSchool for the quarters, days, and times that courses will be held, as well as room numbers.