In Sun Ra's Chicago, William Sites brings this visionary musician back to earth—specifically to Chicago's South Side, where from 1946 to 1961 Ra lived and relaunched his career from a leader of big-bands to a leader of the avant-garde. 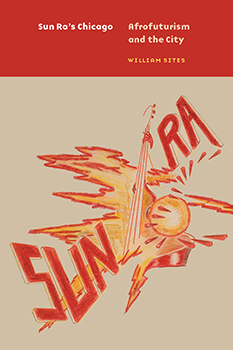 Sun Ra (1914–93) was one of the most wildly prolific and unfailingly eccentric figures in the history of music, renowned for extravagant performances in which his Arkestra appeared in neo-Egyptian garb and for his interstellar cosmology, which claimed the planet Saturn as his true home.

In Sun Ra's Chicago, William Sites brings this visionary musician back to earth—specifically to Chicago's South Side, where from 1946 to 1961 Ra lived and relaunched his career from a leader of big-bands to a leader of the avant-garde. Sites, an Associate Professor at The University of Chicago Crown Family School of Social Work, Policy, and Practice, recognized the importance of Ra's early cities, Birmingham and Chicago, on his development and thinking. By exploring Ra's urban sphere, Sites explains, "I hoped I might reveal things about those cities, about Black urban experience more generally, and about the deep and complex urban roots of Afrofuturism."

Chicago's postwar South Side was a hotbed of unorthodox religious and cultural activism: Afrocentric philosophies flourished, storefront prophets sold "dream-book bibles," and Elijah Muhammad was building the Nation of Islam. It was also an unruly musical crossroads where the man then known as Sonny Blount drew from an array of intellectual and musical sources—from radical nationalism, revisionist Christianity, and science fiction to jazz, blues, Latin dance music, and pop exotica—to construct a philosophy and performance style that imagined a new identity and future for African Americans. Sun Ra's Chicago shows that late twentieth-century Afrofuturism emerged from a deep, utopian engagement with the city—and that by excavating the postwar Black experience of Sun Ra's South Side milieu, we can come to see the possibilities of urban life in new ways. 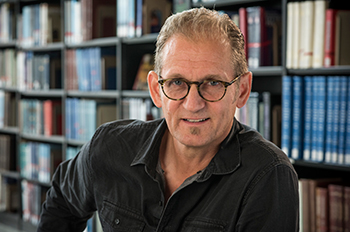 Sites's book takes a different approach than other histories of postwar Chicago culture. "Instead of looking at cultural leaders operating in established institutional settings, I wanted to look at activists in community spaces where ideas and practices were running counter to the new liberal orthodoxies," says Sites. "This happened in parks, storefront churches, music clubs, and neighborhood bookstores where dissident visions of Black national and religious identity took shape. And that is where we find Sun Ra, creating a new utopian sensibility where Black people are positioned at the center of the future."

This book is published by the University of Chicago Press and is part of the series Historical Studies of Urban America. It will appeal to lovers of jazz and of the late Sun Ra and his Arkestra, which just released a new album in October 2020. It's also for the urban researcher, student, or those seeking to learn more about twentieth-century Black urban life, Afrofuturism, and how and why this enigmatic performer's music and cosmology emerged and flourished in a city such as Chicago.