Before "Fight for 15" helped make raising the minimum wage a national political issue, a more modest but no less controversial movement swept the United States, provoking fierce debates about the economic costs and soical benefits of raising wages for the lowest paid workers.

Beginning in the mid-1990s, more than 140 cities and counties adopted “living wage” ordinances. They required government contractors or, in some places, businesses benefitting from government assistance, to pay workers a wage sufficient to lift them above the federal poverty level. The requirements have varied from place to place. In Burlington, VT, for example, a living wage ordinance adopted in 2001, requires wages as high as $15.83, compared to a state minimum wage of $9.15 and a federal minimum of $7.25.

More recently, at least 37 cities and counties, plus California and New York state, have decided to raise their minimum wage, some to as high as $15 an hour.

Unlike the new minimum wage laws, the living wage ordinances applied to only a small number of low-wage workers. And yet, they aroused strong passions on both sides. Proponents argued that the ordinances would not just help targeted workers and their families, but raise the incomes of other workers and reduce overall poverty. Opponents countered that businesses would cut jobs, raising unemployment and increasing poverty. Researchers have found evidence that, among targeted workers, living wage ordinances have reduced poverty, improved morale, and cut absenteeism. The consequences for businesses are less conclusive. Some researchers argue that higher employment costs have had little effect on them. Others find evidence of job losses. 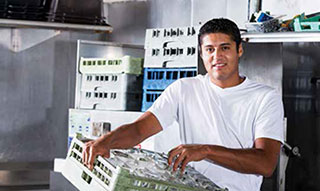 A new study by Benjamin Sosnaud, a sociologist and postdoctoral fellow in the Harvard College Fellows Program concludes that both advocates and opponents of living wage laws got it wrong. Although research has shown that the ordinances did benefit individual employees, Sosnaud found that had little effect on overall employment, wages, or poverty.

Using data from the US Census Bureau’s Current Population Survey and from the Bureau of Labor Statistics in the US Department of Labor, Sosnaud looked beyond the ordinances' effect on individual workers and businesses to analyze their wider economic effect. He examined employment rates, poverty rates, and average wages of low-income workers in 35 cities. He looked at what happened to these measures after the cities adopted living wage ordinances. He also compared living wage cities to similar cities that had not adopted the ordinances.

The data showed that the ordinances changed little in the cities that adopted them. It also showed no significant differences between living wage cities and other cities. The reason, Sosnaud suggests, is that living wage ordinances were too narrowly targeted to make a difference. In Los Angeles, one researcher estimated that only 7,500 workers benefited from the city’s living wage ordinance. In Chicago the number was just 1,760.

Living wage ordinances "certainly do make a difference for families," Sosnaud says. "You go from $8 an hour to $13 or $14 an hour, that's going to have a big effect on a family. But on the city level it's not going to have that much effect." Still, Sosnaud says the living wage movement helped pave the way for today’s much more ambitious effort to raise the minimum wage. Because these new laws cover many more workers, he says, their macroeconomic consequences are more likely to be significant.

Indeed, Fight for 15 and similar campaigns would raise wages about the same amount as living wage ordinances but for a wide swath of the American workforce. According to 2014 Department of Labor statistics, three million workers earn the federal minimum wage or less. The Social Security Administration's 2014 National Wage Index shows that 38 percent of all workers earn less than $20,000 a year—the equivalent of a $9.61 an hour wage. And 51 percent, or more than 90 million workers, earn less than $30,000—about $14.42 an hour.